Kerning with InDesign: What is it? Examples. How to. Shortcuts. 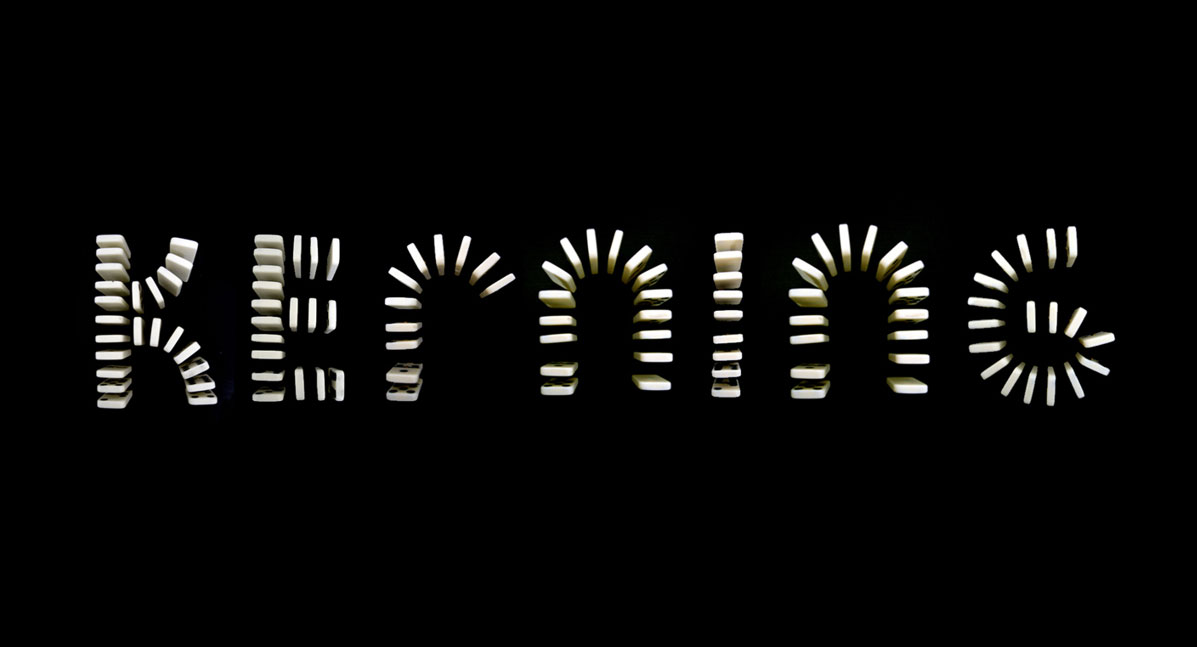 In this month’s typography tutorial we explore kerning using InDesign. Kerning is something that is often overlooked by many designers; however, with only a few minutes work, adjustments to kerning can have a dramatic effect on the overall professionalism of a design— it’s all about attention to detail! So, let’s get started.

When a typeface is created one of the tasks the type designer has to complete (apart from drawing each character) is to create kerning values. What this means is that a decision has to be made regarding the distance between individual characters (the letters and symbols that make up a word) as they sit next to each other so that they appear evenly spaced. As you can imagine, this is an extremely tedious task—think about all the combinations of characters that could sit next to each other! Furthermore, these are based on mathematical calculations so that when you increase or decrease the type size, the spaces will be adjusted accordingly. Basically, what I’m saying here is that these are not perfect and that the skill and experience of the type designer has a major impact on the quality of these kerning pairs.

Kerning is applied in both positive and negative amounts and is measured in fractions of an em (one em is equal to the type size of the currently used font). In most page layout application the kerning amounts are applied in one thousandths of an em increment. So it is pretty common to see kerning amounts like -50 which would equate to moving the character spacing by -0.050 of the current font size.

While certain software packages such as InDesign do have automatic functions to correct poor kerning, the results are only marginally better. These errors need to be fixed by the designer by manually adjusting the space between individual characters. Usually this only applies to display type (14pt and above), so it only takes a few moments per page to fix with a little practice.

Metric kerning is when you simply rely on the kerning values that are provided as part of the typeface and make no other adjustments. This is the default method of kerning that is applied in the majority of page layout applications such as InDesign. I like to call this ‘lazy person’s kerning’!

Optical kerning is when you make manual adjustments to character spacing. These adjustments are ‘made by eye’, hence the name optical kerning. A designer will assess the shape and spacing of each character pair and decide whether to apply a negative or positive kerning amount or leave them at the default amount. InDesign also has an optical kerning feature, but I’ll get to that in a minute.

How to Adjust Kerning in InDesign

The first thing to do before making any kerning adjustments is to change a few of InDesign’s default Preferences. 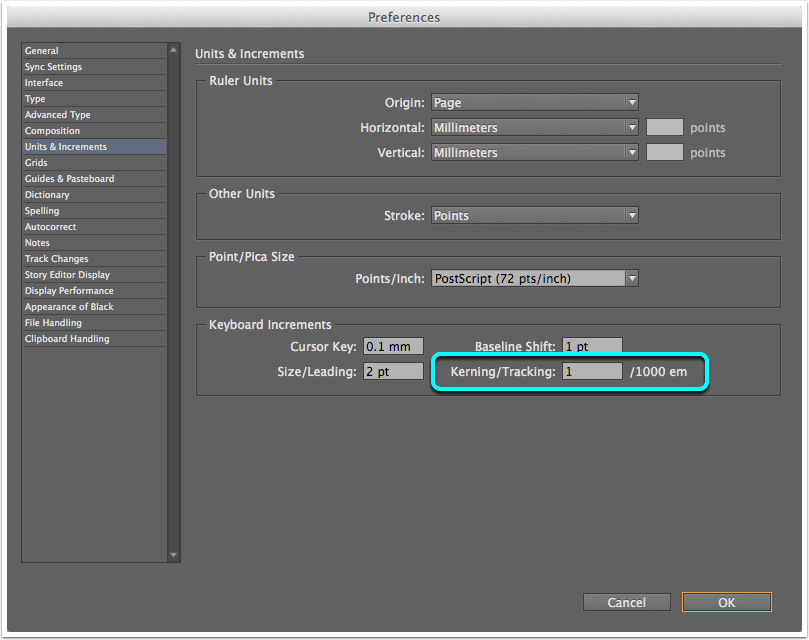 While there are a number of ways to apply kerning using InDesign, I’m just going to show you the simplest and the best.

You’ll find with a little practice you’ll soon get use to this method and fly through your kerning duties! 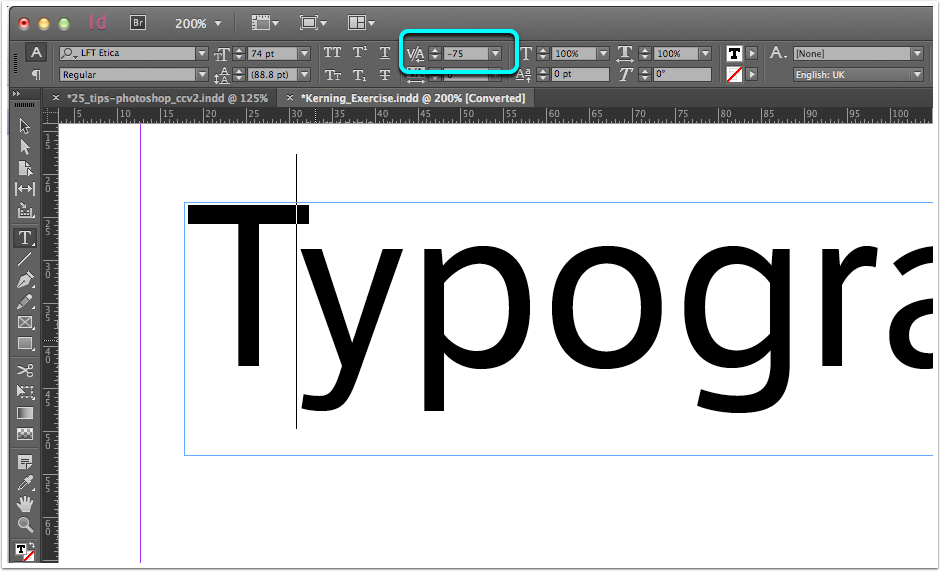 If you find manual optical kerning too time consuming you can try InDesign’s automatic kerning feature. While it doesn’t yield the same results as painstakingly doing it by eye, it’s better than nothing! I tend to apply Auto Optical Kerning first and then go back and make some manual adjustments using the technique described above.

What about Photoshop and Illustrator?

As far as I’m aware, you can apply Kerning using the same techniques described above within both Photoshop and Illustrator.

Most kerning issues occur between capital and lowercase letters. So make sure you check the space between the first two characters of each heading, or each word if set in Title Case (when the first letter of each word is a capital). Generally, adjustments will be required when using the capitals of T, V, W and Y as their anatomy tends to push the following characters too far right. Therefore, apply a negative kerning amount to tuck this character under the capitals angle stroke or arm.

Characters that have a similar shape should have consistent spacing throughout the word and entire heading. For example, straight character combinations such as “ll” should have the same spacing as ‘lk”. Consistency is the key here!

Make sure characters don’t touch each other except for ligatures. This can occur when kerning typefaces with serifs or two rounded characters such as “oo”.

Don’t forget about the space between each word in a heading. While this is technically called word-spacing, it makes sense to do any required adjustments while kerning the character pairs in a heading. This is done using the same techniques as regular kerning.

When kerning a heading that is in all capitals, watch out for character pairs that have two angle strokes such as VA or WA. These most always need some kind of adjustments.

Don’t forget about numbers and punctuation marks, they need kerning as well. I always find quotation marks need a good kerning to get them into line!

If using a script typeface it should not need kerning. If it does, go for another one—preferably not a free one you have downloaded from the web!

When kerning, roll your chair back from the computer to get an overall view. Your aim is to create the same amount of optical space between each character pair. Also, try looking at the word upside-down—just be careful not to strain your neck!

And that wraps up this month’s typography tutorial on kerning. Now that you know what is required, there’s no excuse for unsightly character spacings in your future designs!