How to Apply the 7 Elements of Design to your Work. Element 1: Line. 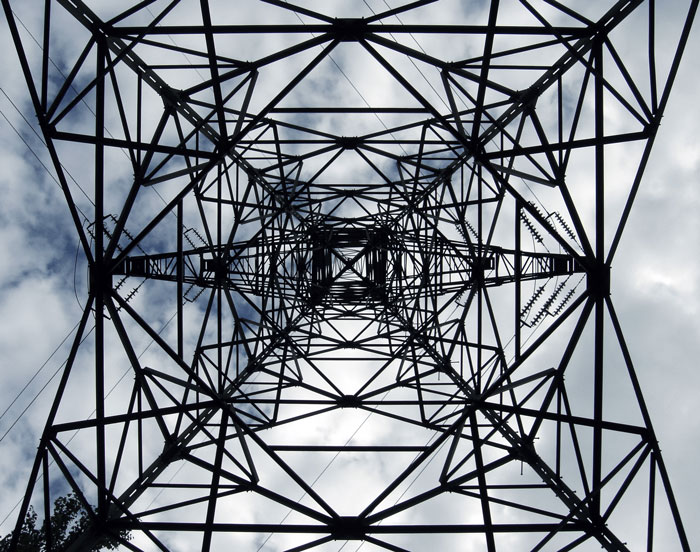 In order for a graphic design to communicate its message in a clear and concise manner, many factors need to be considered including using the elements of design. It is widely accepted that there are seven elements of design, which include line, shape, space, texture, value, size/scale and colour. Furthermore, you should aim to include at least one (if not more) of these elements when creating a design. During this seven part series I will outline each element, provide advice on how to include them into your own designs and showcase examples of how they have been applied to various designs.

A line is simply a mark that is connecting any two points. You can use line to express meaning, evoke an emotional response, create division and to organise content. Lines can come in many forms including straight, diagonal, thick, thin, dotted, curved—I’m sure you can think of many more! The trick is to ensure that you use line in a way that communicates a message, which is relative to the topic and does not express an underlying meaning that could be detrimental to the product or service featured within the design.

Horizontal lines have a calming effect and can express stability. Furthermore, they can reflect the horizon and suggest division. Due to our reading pattern of left to right, our eye tends to travel along a line in the same direction, which is something to consider when trying to lead the eye within a design. However, our eye will travel in the same direction as an arrowhead added to the end of a line, which in turn, can lead the eye from right to left.

Vertical lines can suggest an upward movement, are more dynamic than horizontal lines and can also indicate division between elements.

Diagonal lines are much more dynamic than both horizontal and vertical lines, can suggest high energy, incline and decline (movement up or down). Also, they can lead the eye in all directions depending on their position within a design.

Arcs can express various meanings depending on their positioning. Placing an arc horizontally on its two points will evoke the feeling of calm or passive. Flip it around so it’s sitting on its curve and you will indicate a vessel that can contain items such as liquids or thoughts. An arc on its side will give the impression of instability as it can appear as though it’s falling backwards.

Curves and waves can be used to indicate water or air movements such as sound waves. A wave with a smaller magnitude will appear calmer compared to a bigger wave which will be more dynamic. Again, the eye will flow from left to right just as it does with a horizontal line.

A zigzag can represent several things including health (heart monitor), mountains, hills or uneven surfaces. The same goes for zigzags as for waves, the bigger the magnitude the more dynamic they will appear.

Differences in line weight can indicate several meanings such as thin lines represent speed energy or lightness while bold lines will appear sluggish, heavy or stable.

Placing lines in close proximity to each other can indicate a group or unit working together. Changing the weight or character of each line within a group can help to create rhythm or movement.

As you can see, depending on the character and/or the positioning of lines, they can indicate different things. Therefore, it’s important to consider the underlying meaning when applying lines to a design to ensure the correct message is being communicated in relation to the topic. As examples, creating a design with an arc on it’s side for a  financial institute would portray a sense of instability because arcs in this position appear to be falling backwards or tumbling over; or, using thick lines for a courier company would indicate slowness—this is where thin lines would be more suitable.

Below are a number of examples that showcase how line has been successfully used in real world design. 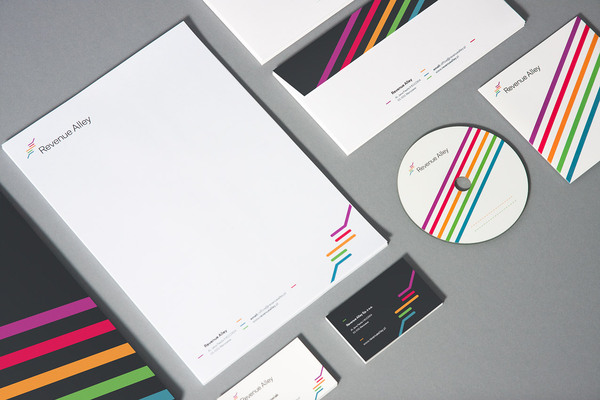 In this example the use of both horizontal (stability) and diagonal (dynamic, upwards movement) lines have been used. As mentioned earlier, when it comes to finance, stability is a good expression to portray.  In addition, the diagonal lines indicate growth in revenue—clever! 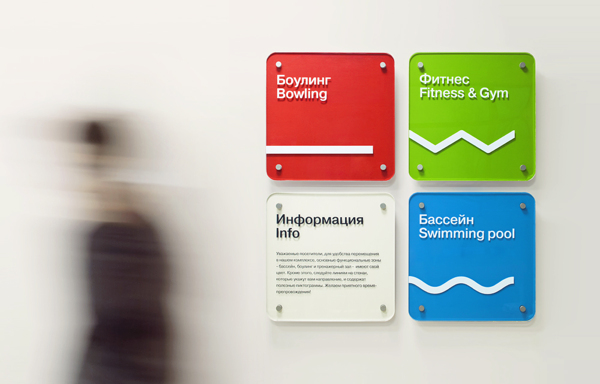 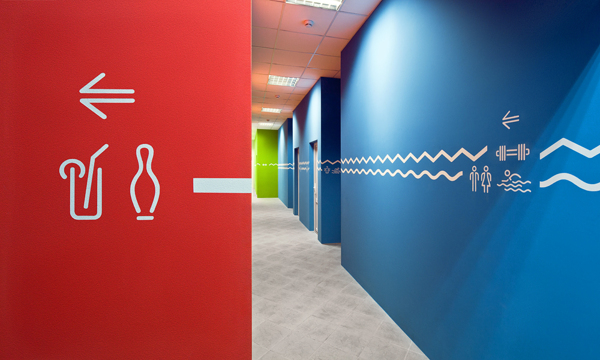 Line (along with colour) is used here to represent different areas of the centre: a flat line for bowling; curved for swimming; and a zigzag for fitness and gym. These lines then form the basis of a navigation system, which directs people to each area.

TIN CAN identity from COOEE / Leon Dijkstra on Vimeo.

Leon Dijkstra COOEE developed this brand for Dutch production company Tin Can. This is an example of using repeating lines in order to represent a group or unit working together. In this case it’s the four disciplines of the company which includes television, branding, online and events.

More to a line than you initially thought? Probably so! Now that you know, take the time to observe how line is used to communicate to you in your normal day. Look at logos, brochures, signs, packaging or anything that contains line and try to decide what they suggest or what emotional response they evoke. Then consider whether your findings are appropriate to the topic. By doing this, you will start to appreciate how to best use line in your own designs. Have fun!